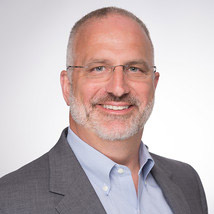 Brett has dedicated most of his career to helping government agencies implement IT solutions that help them innovate and improve on the delivery of their missions. He is an advocate for open data, and has worked with the government to make important information such as the 1,000 Genome Project and Landsat Program available as public datasets on AWS. He has helped the government move a wide variety of workloads to AWS, including bio surveillance, grants management, big data research ecosystems, healthcare management systems, and public websites. Brett worked closely with the government to obtain the FedRAMP certification for AWS.

Prior to AWS, Brett spent six years in sales and sales leadership positions at Qwest Communications in the U.S. Federal Government business. Most recently, Brett was leading Qwest’s Federal Government Healthcare strategy. Prior to joining Qwest, he helped create and manage sales for Telverse, a wholesale VoIP start-up which was successfully sold to Level 3 Communications. He started his career as an engineer in the telecommunications industry shortly after the break-up of the Bell System. He has worked with both the large established telecommunications companies and multiple competitive start-ups.

Brett graduated from Albright College in Reading, PA with a Bachelor of Science Degree in Biology.